We decided to take a two week trip to Mt. Rushmore and Yellowstone this summer. Tracy and I were excited about the trip – I had taken a similar trip with my grandparents when I was about 9 and Tracy had never been to either place. Both of the girls were interested in seeing all of the stuff we had planned and swimming at the campgrounds (we towed our camper with us), but neither were all that excited about all of the riding, especially by day 5. 🙂

Our first destination was Mitchell, South Dakota. As we drove through Western Missouri and Iowa, there were more fields that looked like lakes than not. And, unfortunately, more storms were on their way. We had started early enough that we hoped to make it to the Mitchell KOA before the storms there got started, and we did, but there were several severe thunderstorm and tornado warnings shortly after we got set up. This also seems to be the standard start to our vacations.

After the storms moved through, we headed to the Corn Palace. I had wanted to see the Corn Palace when I went on my trip with my grandpa and grandma. They, however, weren't all that excited about seeing it, so we just kept driving. 🙂 The detail work with the corn and grasses was amazing, and am glad we stopped, however, I'm not sure I would plan a trip around it.  🙂 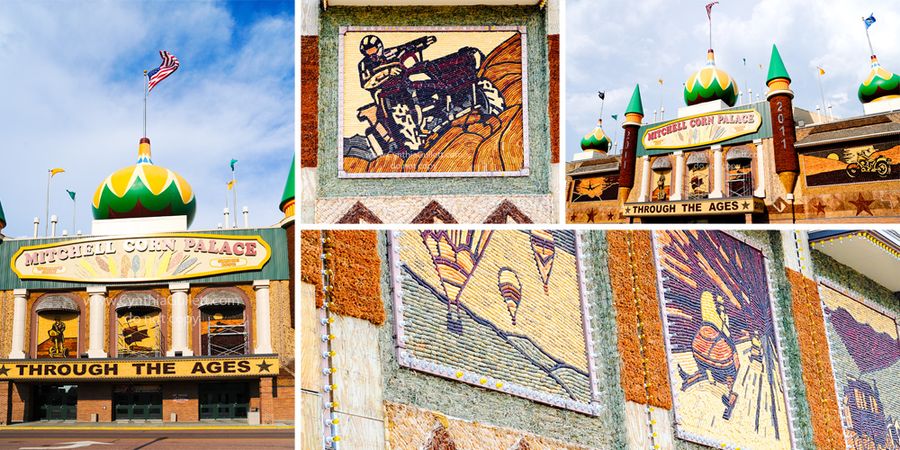 The Corn Palace also has it's own mascot – 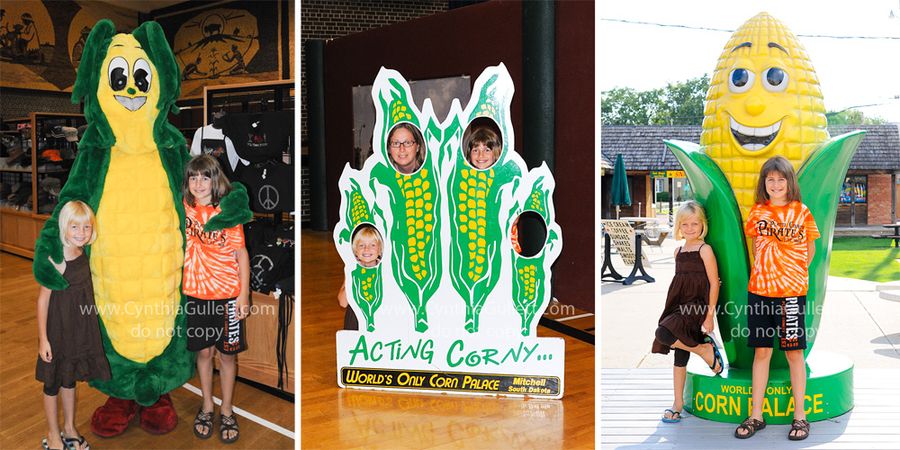 Next stop was the Mt. Rushmore area. We drove past Wall Drug and Badlands National Park with plans to drive back and see them another day. As we got closer to our campground, the GPS was wanting us to go one way. The navigator looking at the atlas (me, since I refuse to drive the the truck with the camper attached) decided a different way was better and convinced the driver to trust her. I'm sure my our way was more scenic, but probably had a few more sharp curves and hills. 🙂

As we rounded one of the many corners, Mt. Rushmore was suddenly in view! Grace, Mara and I were excited to see it. Tracy, on the other hand, was concentrating on the road and trying to stay out of the traffic turning into Mt. Rushmore. Our campground was only 5 more miles down the road, but I think it was a 15-20 minute drive – which was just an indication of how slow a lot of our trip would be! We spent 3 nights at the at the biggest campground we had ever stayed at – Palmer Gulch KOA. We also ran into one of the girls' classmates one night while we were there!

A couple of photos from South Dakota – a landscape, the Missouri River and our first view of Mt. Rushmore – 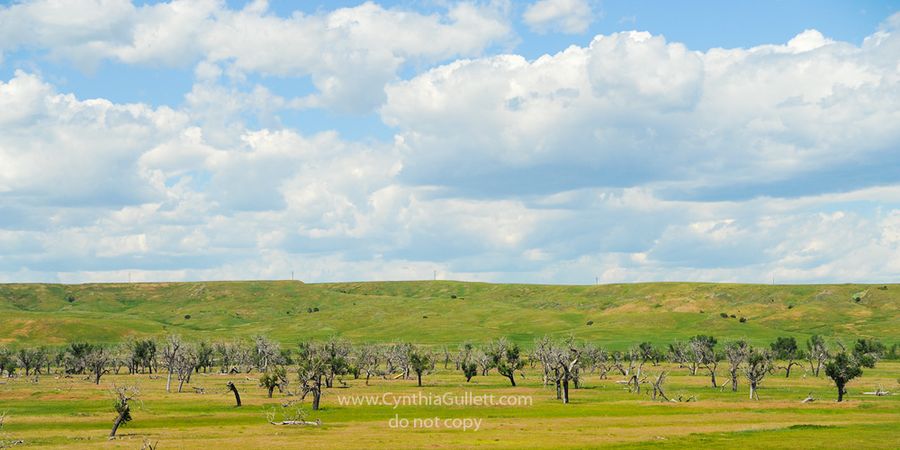 While we were in the Mt. Rushmore area, we visited –

Mt. Rushmore at night. The patriotic presentation before the lighting was very moving – I think the standing ovation for the military members attending lasted more than 5 minutes. We also went back another night and did the walking trail around the base of Mt. Rushmore. Unfortunately I didn't take my camera and wish I would have – I could have gotten some great close up photos. 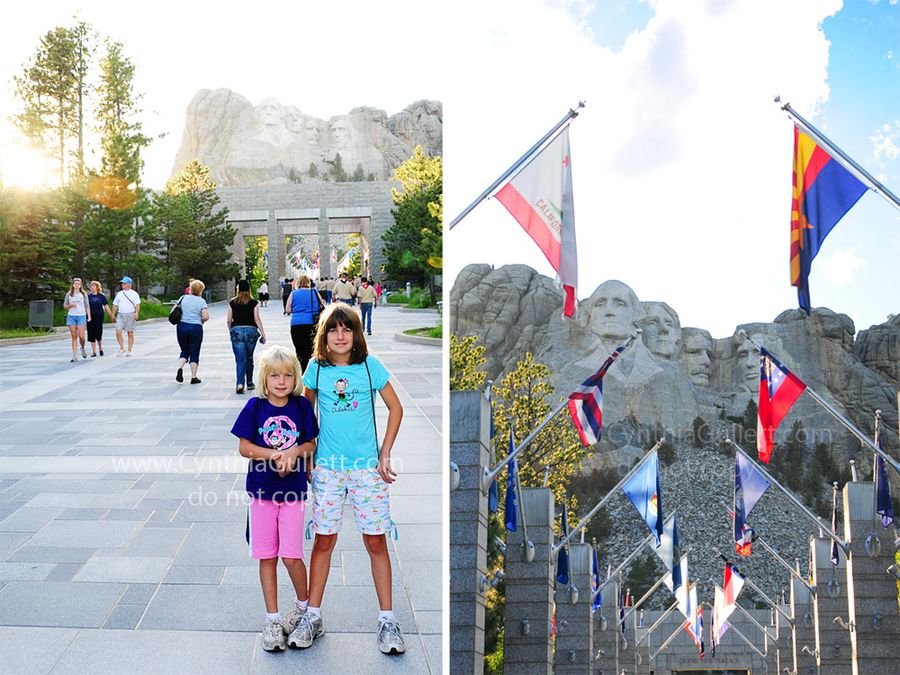 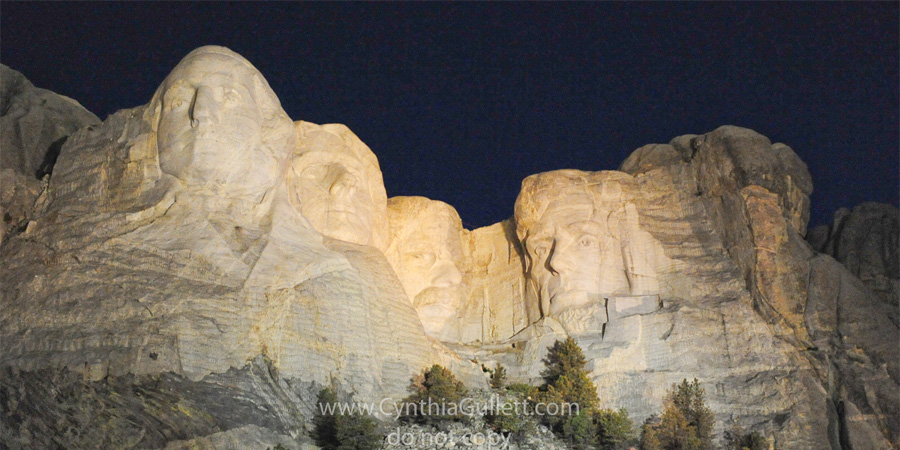 Crazy Horse – This has changed a lot since the last time I saw it (around 1982, as I remember sculptor had passed away either just before or after I visited).

Thankfully the dark clouds didn't stay around long! If you look closely, you can see people standing on top of the arm. 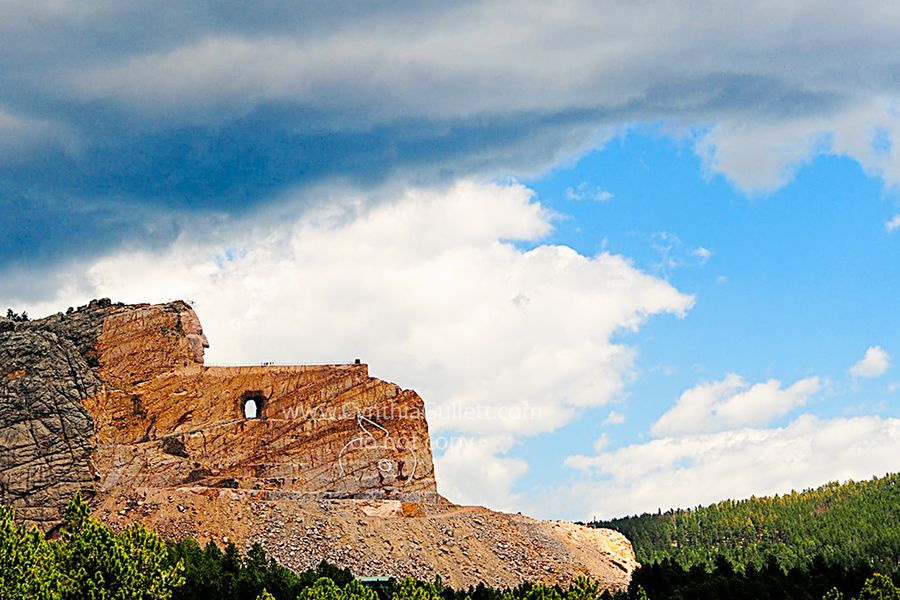 A view of what Crazy Horse Monument will eventually look like – 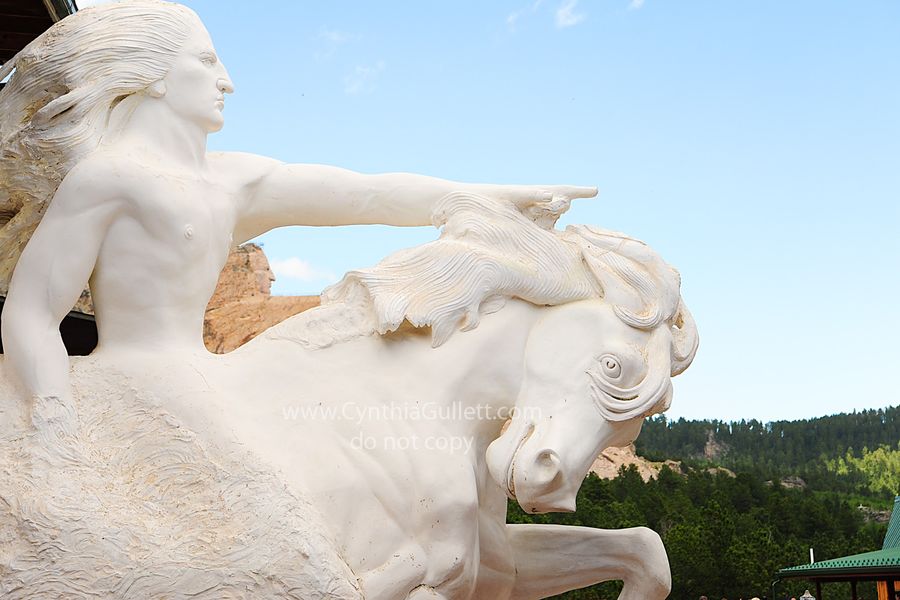 Needles Highway – It was winding, twisting, narrow, scenic highway that led us to Custer State Park. It also had several narrow tunnels to drive through.

A few of the signs that we saw – 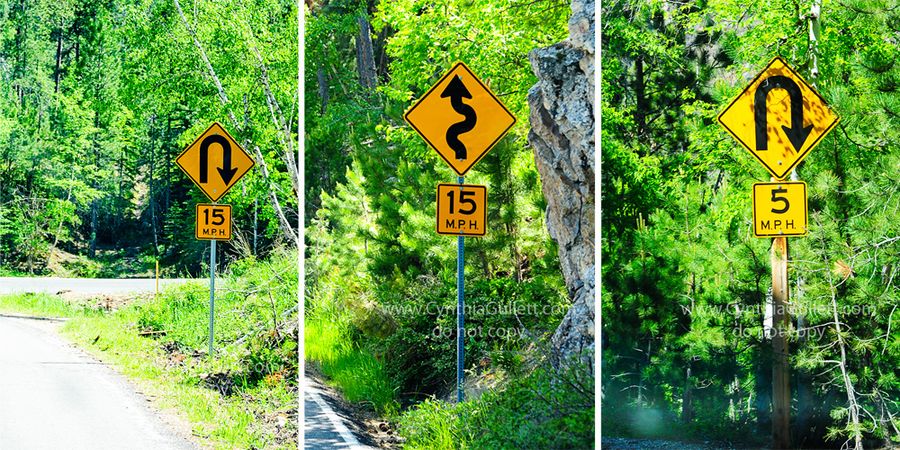 We also got out and walked around. Grace was pretty excited about some of the higher rocks. Mara, not so much. 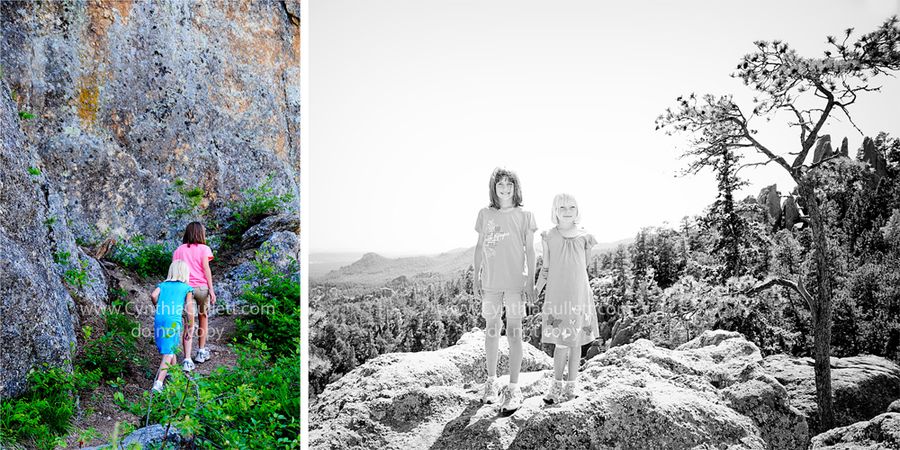 Custer State Park – we didn't get to see much wildlife on the day we went. We saw a herd of burros and few buffalo, but that was it. 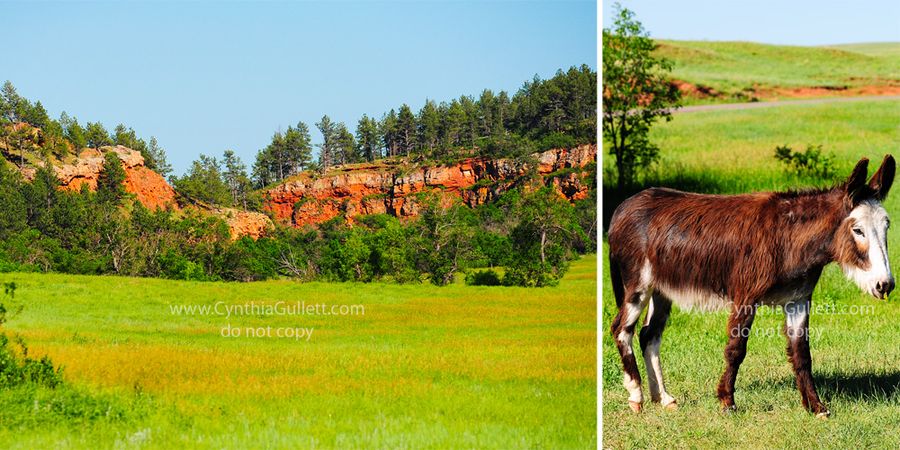