Speedy has been apart of our lives for the past one and a half years, but I don't often share photos of him. He found us one spring while we were playing outside. After checking around the neighborhood to make sure he didn't already belong to someone, he quickly became a member of our family. The name Speedy was unanimously accepted for two reasons – it sounds like a good pet name for a family that enjoys racing and he's fast when he's not sleeping. 🙂

He's had a few issues with becoming a member of a household with younger children (issues from what I understand that were the reasons he was kicked out of his first home), but overall he's a nice kitty who likes to snuggle up with someone and take an all day nap. He spends most of his days indoors now, but when he gets the chance to go outside, he finds a place to lay low and observe the birds and bugs. 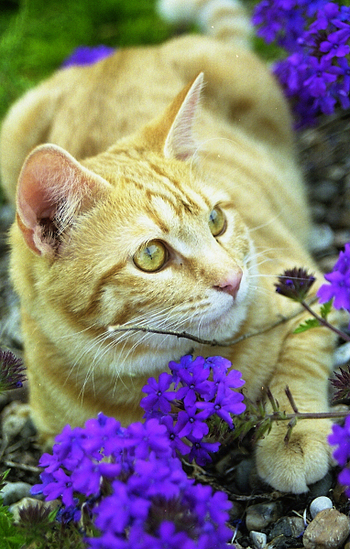 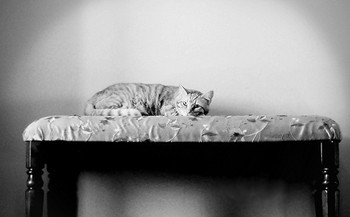 Fall 2007 – He doesn't look like he has changed much, other than more than doubling his weight. 🙂 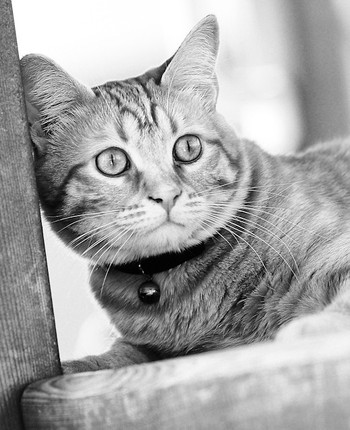